A sane article on life-extending drugs. 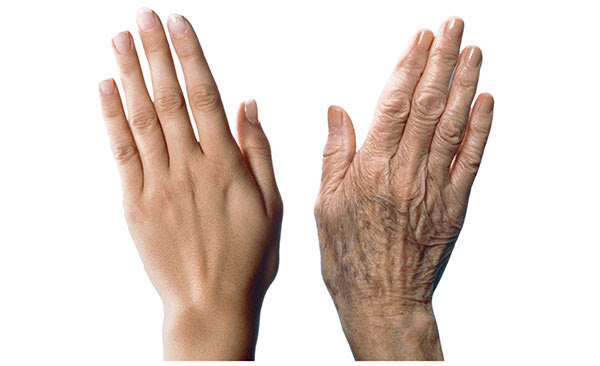 Nicholas Wade offers one of the best reviews I have seen of work with drugs like resveratrol, which mimic the effect or caloric restriction in animal tests. A companion article by Arnquist notes the proliferation of web sites making unproven health claims and using false celebrity product endorsements for anti-aging and weight-loss pills made from resveratrol. (previous MindBlog postings in this areas can be found by clicking on aging in the topics list in the left column of this web page.) Here are clips from the Wade article which point out reservations about the existing studies:

...the whole phenomenon of caloric restriction may be a misleading result unwittingly produced in laboratory mice. The mice are selected for quick breeding and fed on rich diets. A low-calorie diet could be much closer to the diet that mice are adapted to in the wild, and therefore it could extend life simply because it is much healthier for them...To decide whether life extension by caloric restriction is an artifact of mice in captivity, why not try it on wild mice? Just such an experiment has been done by Steven N. Austad of the University of Texas Health Science Center. Dr. Austad reported that caloric restriction did not extend the average life span of wild mice, suggesting the diet’s benefits are indeed an artifact of mice in captivity. But others interpret his results differently. Richard A. Miller of the University of Michigan, says the maximum life span of the wild mice was extended, and so the experiment was a success for caloric restriction.

With reference to the study at Wisconsin on caloric restriction in monkeys:

The monkeys who had spent 20 years on caloric restriction were in better health than their normally fed counterparts, and suffered less diabetes, cancer and heart disease, apparently confirming that caloric restriction holds off the degenerative diseases of aging in primates as well as rodents...But as for life span, the diet extended life significantly only if the researchers excluded deaths that were apparently unrelated to aging, such as under the anesthesia necessary to take blood samples. When all deaths were counted, life span was not significantly extended...Some researchers think it is perfectly valid to ignore such deaths. Others note that in mouse studies one just counts the numbers of dead mice without asking what they died of, and the same procedure should be followed with monkeys, since one cannot be sure if a death under anesthesia might have been age related.

...last month the results with another substance, the antifungal drug rapamycin, were published (see my July 22 post) Rapamycin was found to extend mice’s lives significantly even though by accident the mice were already the equivalent of 60 years old when the experiment started...Rapamycin has nothing to do with caloric restriction, so far as is known, but the study provided striking proof that a chemical can extend life span.